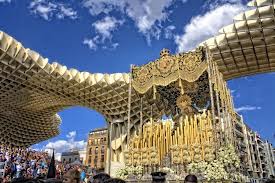 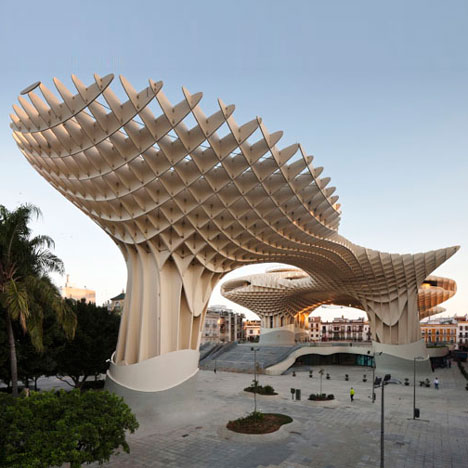 Located on La Encarnación Square in Seville, Spain, this wood and concrete installation by the German architect Jürgen Mayer reaches a size of 150 meters long and 26 meters high. It is a structure made of wood with two columns of concrete in which the architect set the elevators to go up to the observatory and that people know as the “Setas de la Encarnación” for the mushroom shape of its structure. 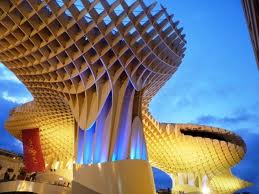 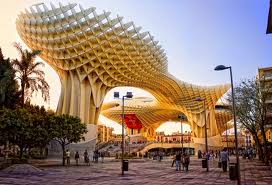 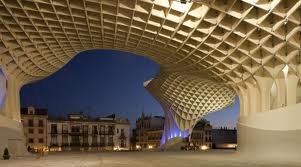 Inaugurated on March 27 2011, this is a work that meant a strong debate for the budget increase that suffered during its execution but that, no doubt about it, has turned this square in a main point in the city for visitors and inhabitants, accommodating a market with restaurants, bars and shops, as well as an observatory, entertainment and show facilities and a museum of antiques, called Antiquarium.

The Metropol Parasol has been one of the five candidates to the Architecture Prize of the European Union 2013, the Mies Van der Rohe Prize, and has appeared in several international reviews at The New York Times, The Washington Post or the design online magazine Dezeen. 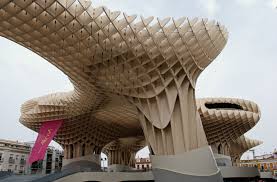 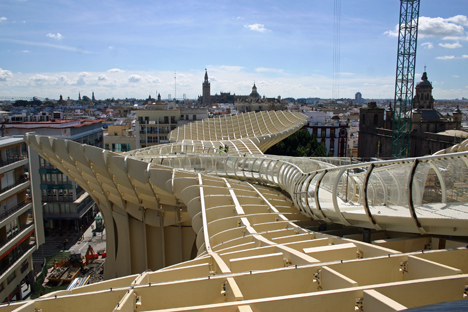 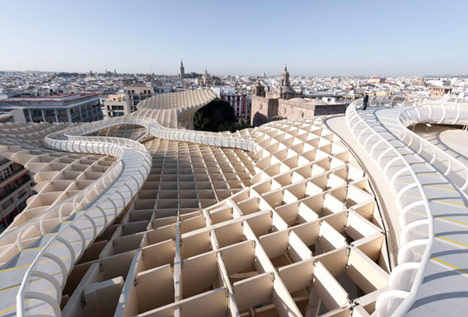