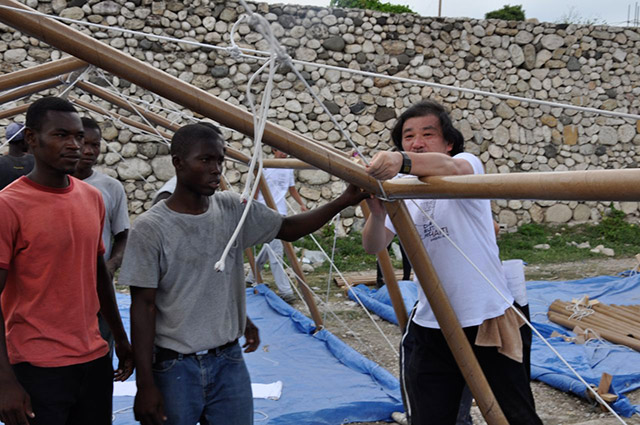 Japanese architect, committed with the victims of humanitarian disasters, pioneer of the sustainable construction, humble traveller, Ruanda and Soho NY, paper and cardboard houses and the Swatch new headquarters, Shigeru Ban is all of that and more. Get amazed while listening to this folk playlist and enjoy the week.

Born in Tokyo in 1957, Shigeru Ban studied at the Southern California Institute of Architecture and continued later at the Cooper Union School of Architecture. After working for Arata Isozaki, he founded his own studio in 1985.

Curiously, his interest in Japanese architecture began during his stay in the US at that time, developing furtherly his career with a remarkable use of unconventional recyclable materials, like paper and cardboard. When he began to work, nobody spoke about sustainibility and environment, but the jury of Pritzker Prize said in March 2014 that “in his architecture, the sustainibility is not a concept but a fact, something inherent”. 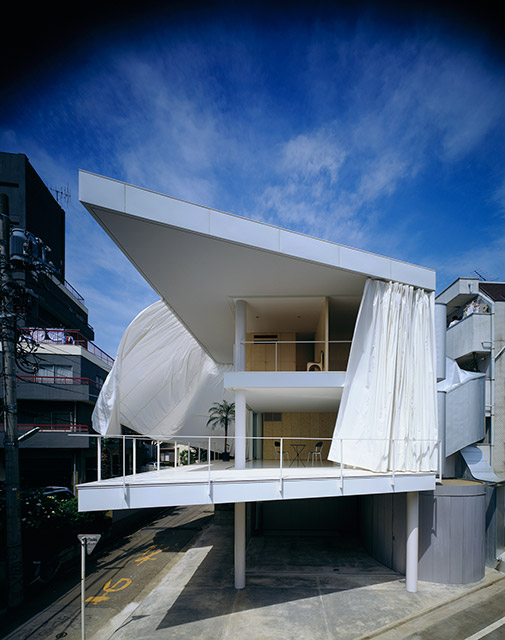 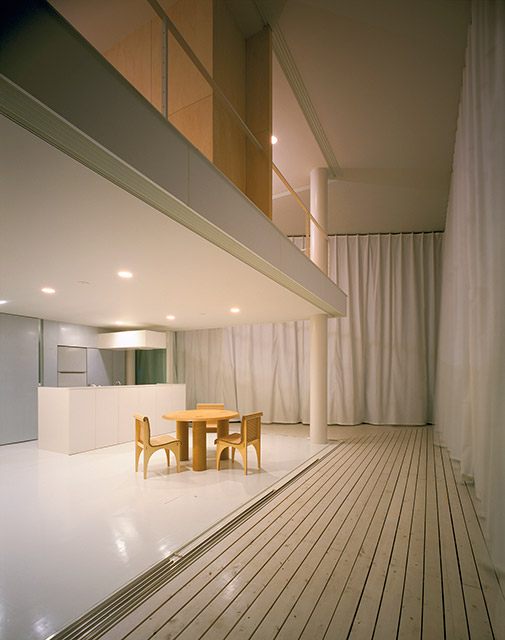 His social committment became evident after the earthquake at Kobe in 1995, when he made a paper house and a paper church for some of the victims who lost their homes, projects in which he used even beer boxes for the foundations of the buildings in his aim to reuse any available material nearby when it´s necessary.

A few years later, he would run similar projects to provide urgent housing solutions for the victims of the eartquakes suffered in Turkey, India and Haiti or after the humanitarian disaster in Ruanda, country in which  he suggested the UNO to realize tends using cardboard tubes instead of steel tubes, what he finally made in 1998. 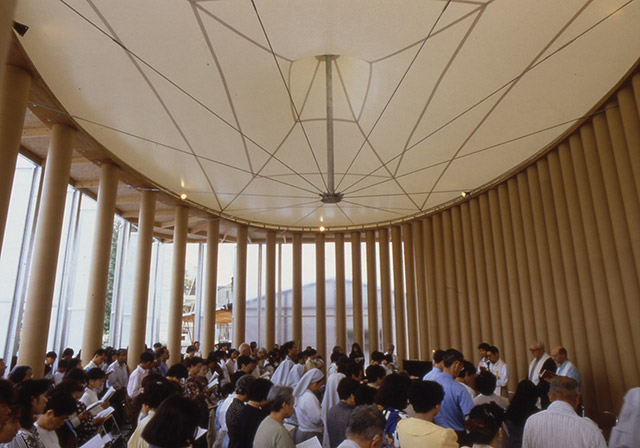 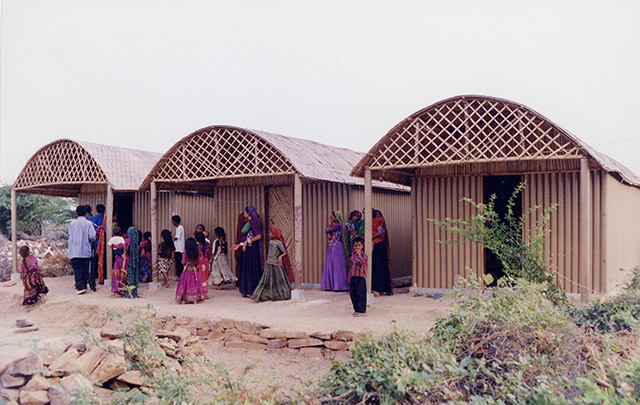 On the other hand, Shigeru Ban took part of Think, group of architects that applied for the design and construction of the new towers for the World Trade Center in Nueva York after September 2001.

In the last decade, the Japanese architect carried out one of his most emblematic buildings, the Centre Pompidou in Metz (France), open in 2010. 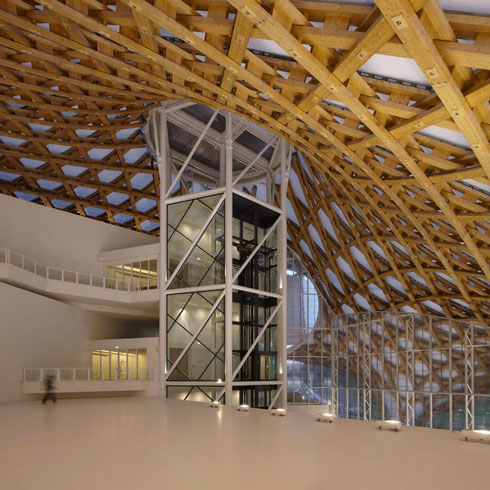 Examples of flagship buildings and projects during the last years, there are many indeed. Enjoy his versatility. 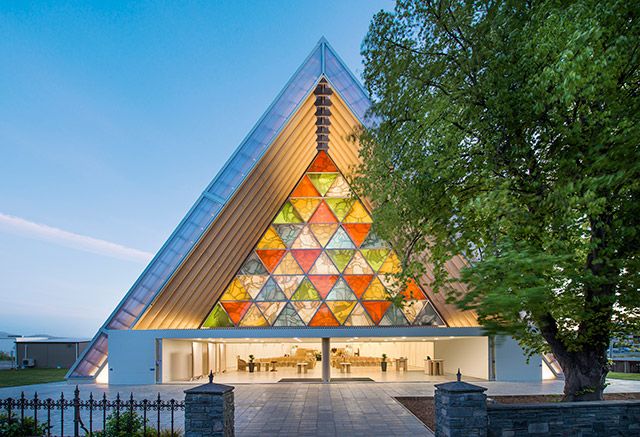 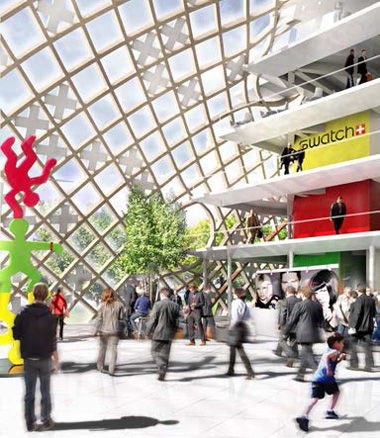 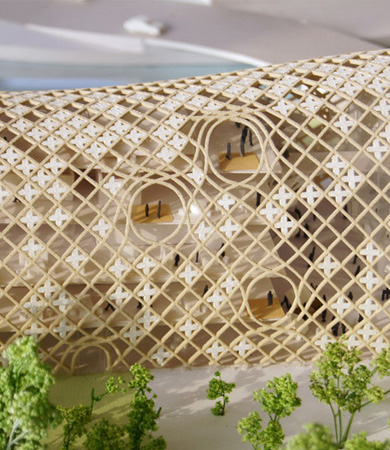 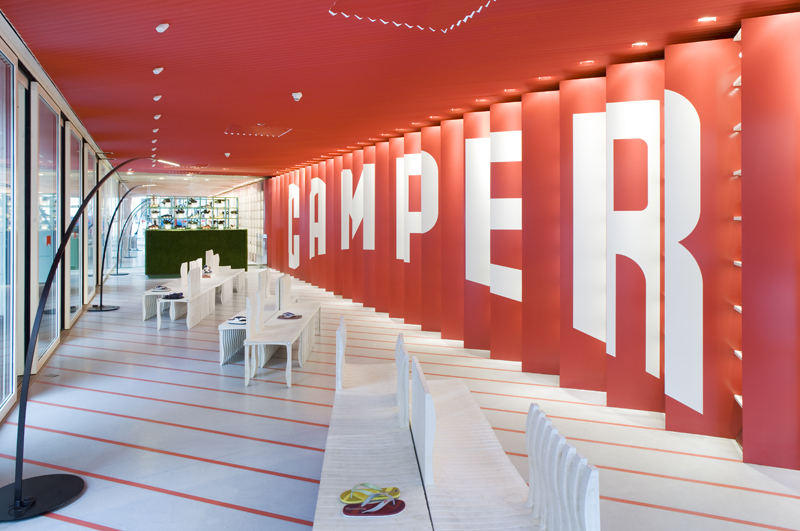 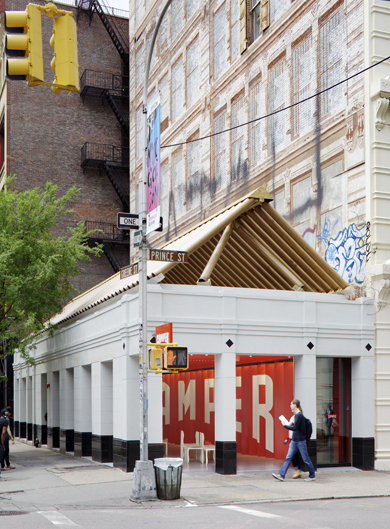 Project of the new Swatch headquarters in Switzerland, with ornamental outdoor wooden beams, and design of the new Camper shoes shop at Soho, New York 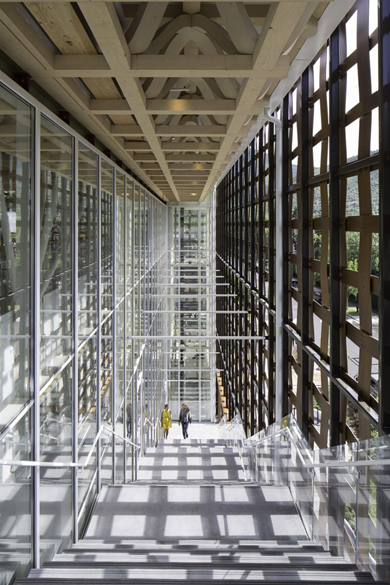 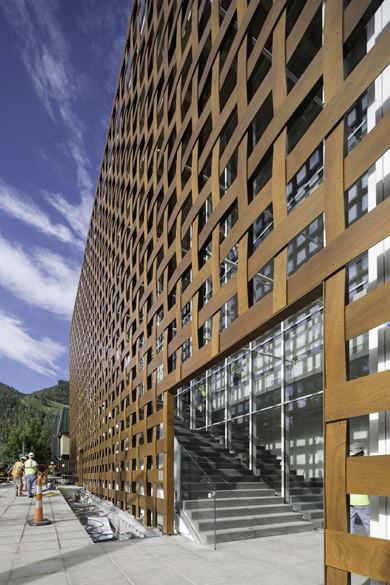 Finally, after a long and coherent career, Shigeru Ban was awarded in March 2014 with the Pritzker Prize, the “Nobel Prize of Architecture”, becoming the 7th Japanese architect to achieve it and with this statement by the jury : “Mr. Ban is a committed master who not only represents a model to follow for the younger generations but a source of inspiration”.